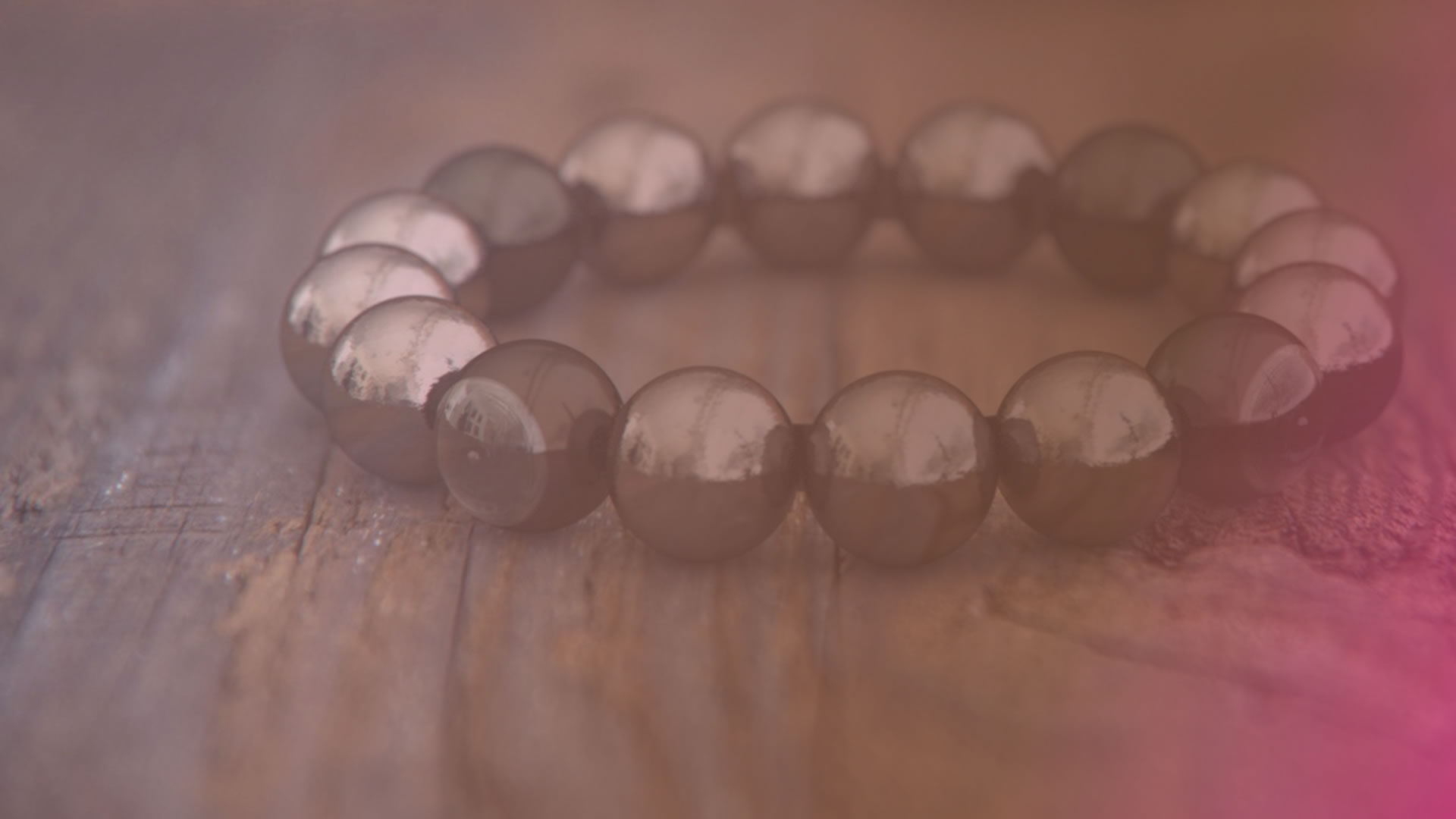 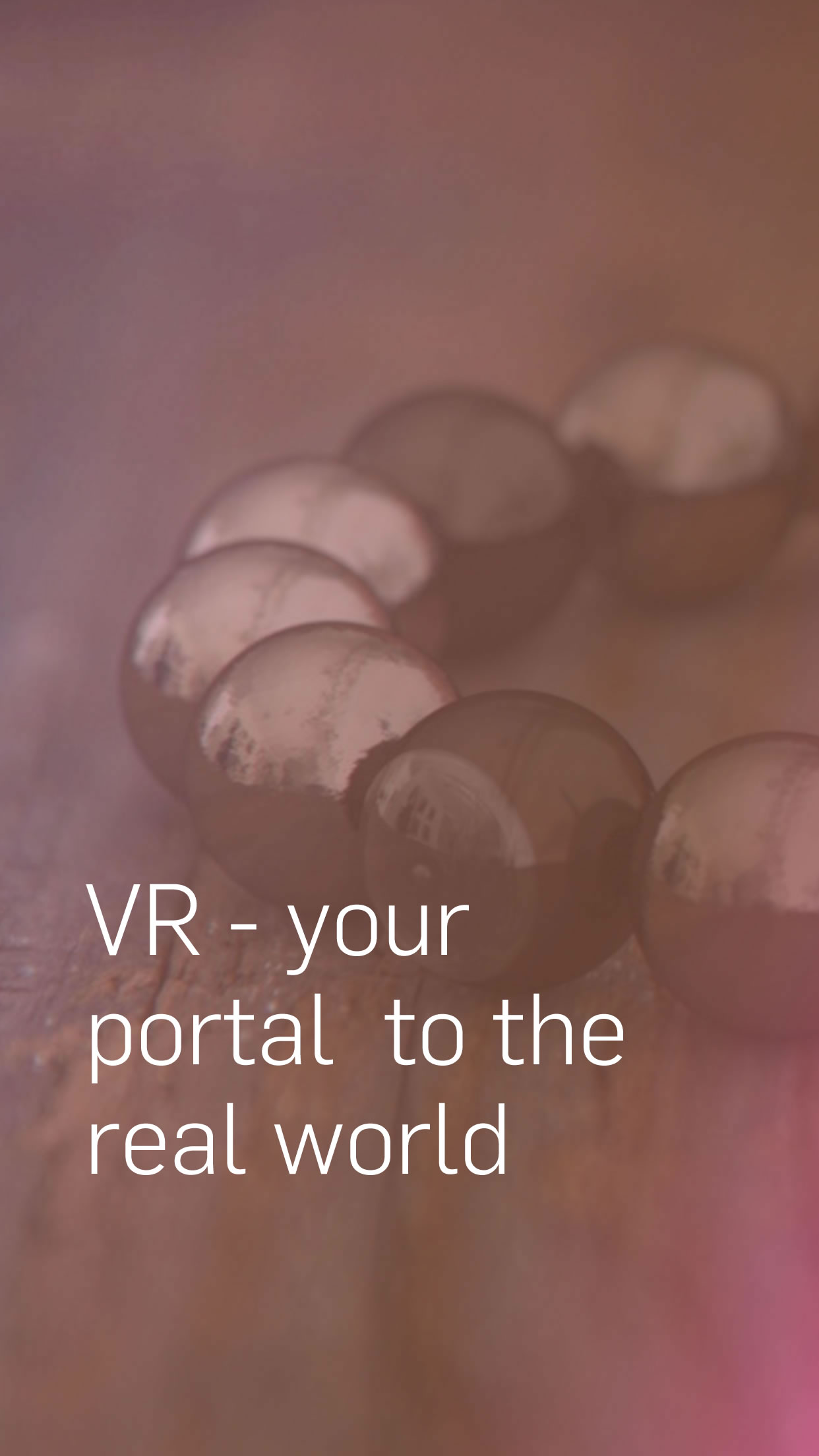 VR - your portal to the real world

What will we do when virtual reality is a normal part of our daily lives? That day is coming quicker than we might realize and how we define it now will shape what it becomes in the future.

With virtual reality comes ‘mixed reality’ which has the potential to garner wider adoption than VR itself. Mixed reality utilizes VR technologies to place a digital layer over the physical world making it appear as part of the environment. As the technology improves and begins to play a major role in our lives, what this layer becomes will have a significant impact on the shape of our future. Making sure the impact is positive is a major responsibility for our generation.

Transforming the world around you

Currently virtual reality technology is moving faster than new content is being developed, but the content is what will make virtual and mixed reality part of our everyday lives. So we must ask ourselves, what can that content be and who should create it? We could present a ton of concepts for what this content might be; it’s not difficult to imagine floating interactive panels, virtual 3D teleconferences, virtual 360° movie theaters — a little googling can uncover countless other concepts — but we want to take a step back and explore something much more human.

If we broke down, for a moment, the barrier between the digital and ‘real’ worlds, and invited people to re-imagine their lives, what would they create? As inherently social creatures, humans look for ways to connect with others, to find communities and commonalities; moving these activities beyond a glass screen is the door that this new reality opens.

On the surface, we are exploring the intersection of social media and VR; not just connections between you and your friends, but a collaboration with everyone around you to transform the world through a digital layer on reality. However, if we go a level deeper, we are exploring what virtual and mixed reality content wants to organically become, through the hypothetical scenario that people, not just corporations, are the ones creating this transformed world. We’re not trying to cover all the aspects of getting this technology widely adopted, here we are more interested in exploring what people want to do with it once it is.

Say, for example, you put on a headset that allows you to see the world as you normally would. Now you’re given the ability to turn anything, a stick, a finger, or anything else, into a digital pen that allows you to create whatever you want — 2D, 3D, doesn’t matter. Doing this by yourself is interesting for a while. At first, you might draw squiggles in the air, maybe write out your name, but it’s when you can see what everyone else has made that these new abilities become truly engaging.

A new kind of social interaction

Let’s move past this initial adoption phase for a moment, past the novelty, and begin to look at what you might do once this becomes normalized. As humans, we naturally try to find ways to use tools to our advantage, and we’ve suddenly been given a blank canvas for creation. One of the more obvious ideas is to transform places with art, essentially virtual graffiti, but what else might you do? 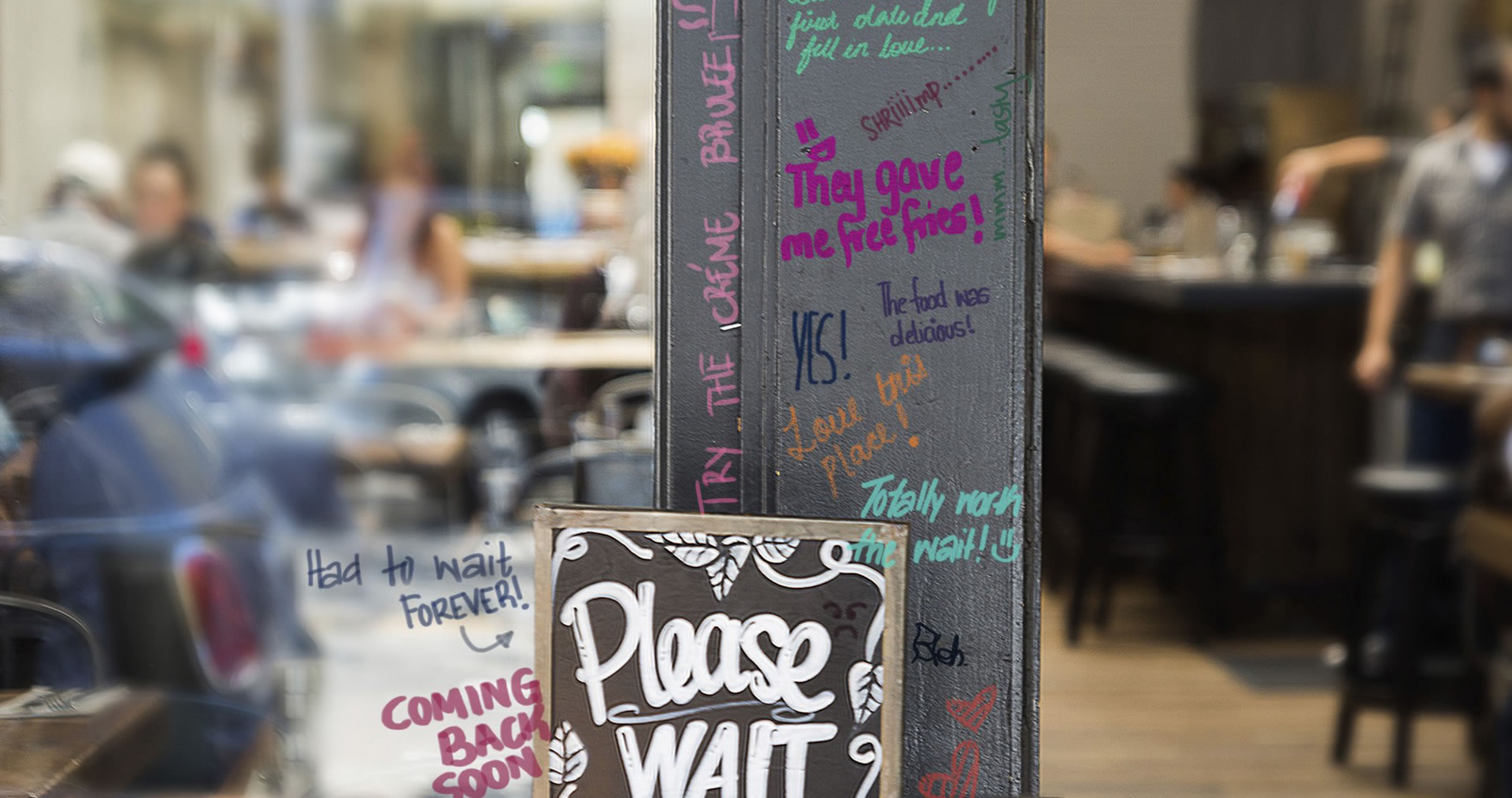 Imagine going to a restaurant and writing a review right next to the menu they placed outside. People tend to follow examples of others, so if people begin doing the same thing at other places, we now have an organically occurring review system. We could begin seeing guided tours of places we visit, information about train schedules, ways to get to the secret entrance of a club; the potential for a new kind of social interaction is immense.

We, as humans, are defining what this digital layer becomes and what it is ultimately used for, without developers forcing apps upon us. Graffiti that was once socially unacceptable is now celebrated as a standard of social communication.

The meaning of location

It’s the idea of placing content on location that would make this observational experiment so powerful. Context has the ability to imbue the things you create with instant meaning. When this content is experienced at the location in which it was created it inherits meaning that apps would have difficulty capturing. 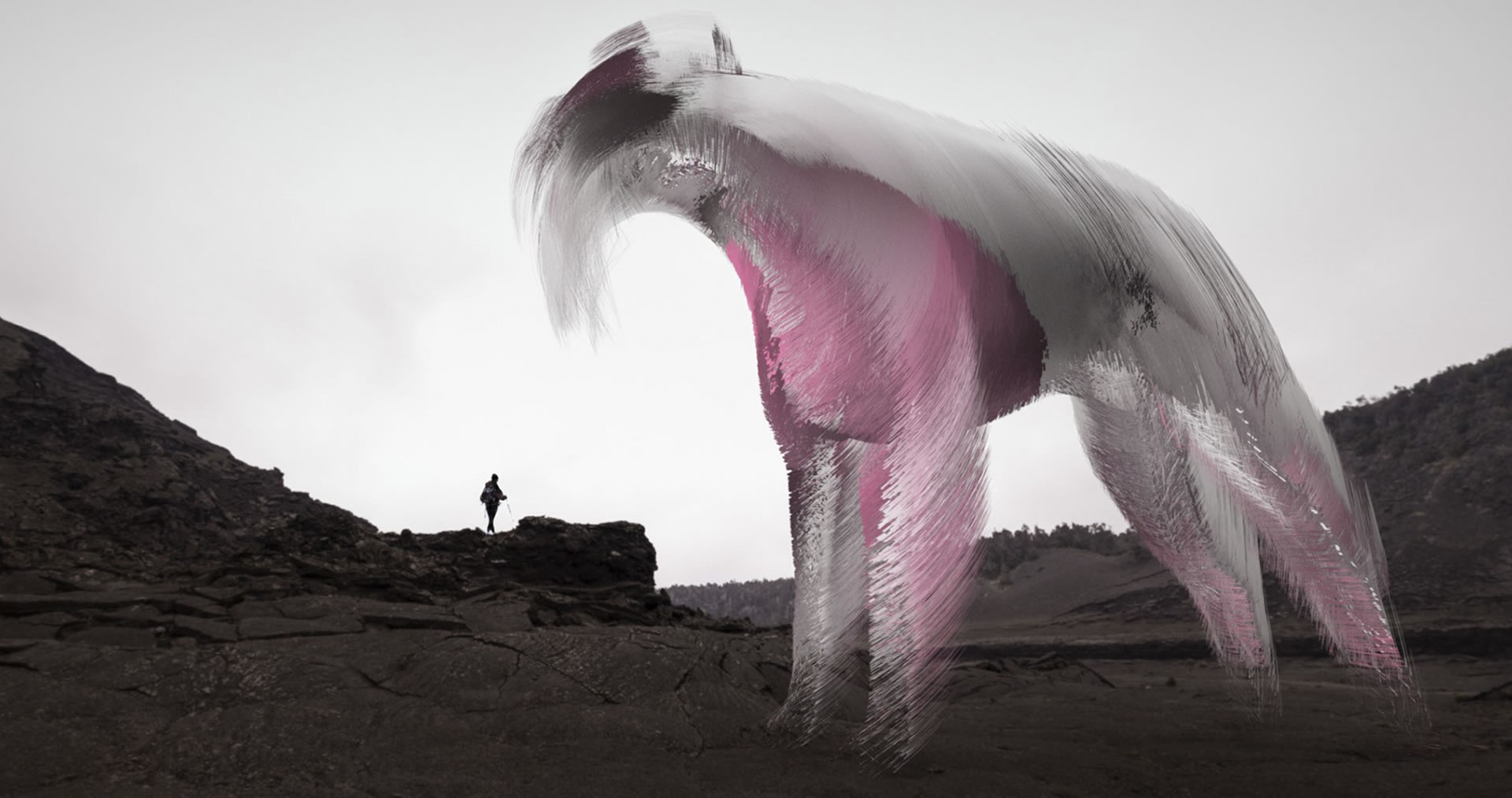 This virtual layer could also completely transform a place; the content may get meaning from the location, but it could happen the other way around too — the content may give a place meaning that it never had. Imagine people making travel plans to see some unknown place without any obvious importance, simply because what has been created in the virtual layer has attracted their attention. These are reactions that could only happen if the content was available at that unique location.

What about the capturing of memories? Right now, they are two-dimensional photos and videos on a screen, but the power of immersion that VR offers will transform this into something much more meaningful, as though you are sharing a moment with the person who captured it. Let’s say that here too, the captured moments are placed on location for all to see, sort of like having Youtube videos placed where they were captured. This isn’t about seeing any video you want, this is about the organic transformation of a location by placing a user-made digital layer on reality. 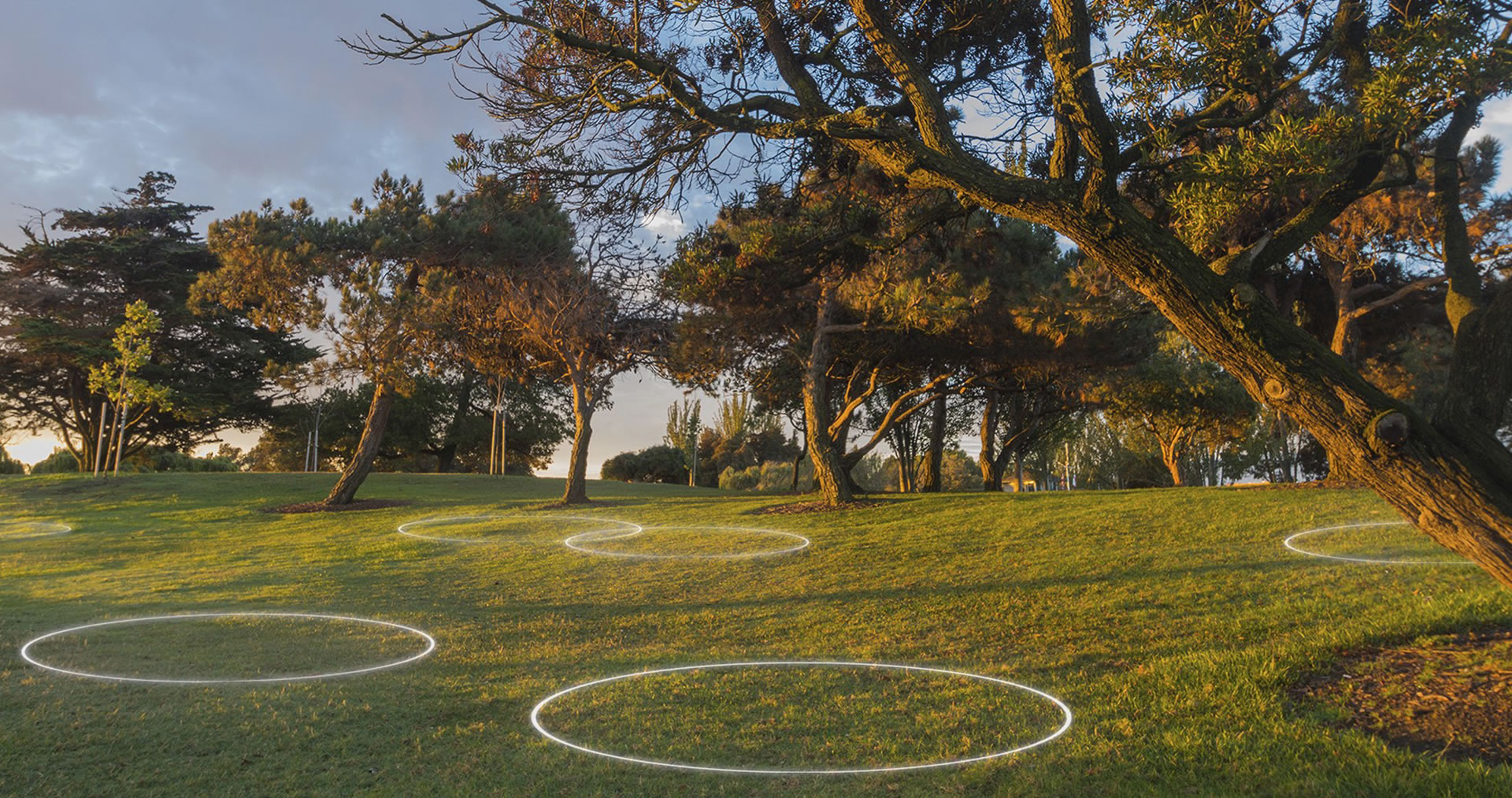 These experiences could be completely free of any standard thoughts of user interfaces. Imagine for a moment you go somewhere, maybe a place you have been before. You put on your headset and everything looks normal. But you look around and you see a circle on the ground. As you walk into the circle things around you shift — it’s later in the day, the clouds are different and you are standing next to someone you’ve never met. You’ve been transported back in time to a memory.

Viewing one of these moments could be as simple as walking into any circle that is on the ground in the digital layer. In a way, you have now entered that moment in time in which the content was captured. With the future promises of light-field technology and the realism you get from accurate depth capture, we could place this as an experience akin to time travel. Simply viewing a spherical video is a start, but it isn’t until this gets fully immersive depth that it delivers on its true potential.

What would people do once they had this capture technology? Sure, you’ll get a lot of cat and dog videos, but we could also begin to see people creating entirely new experiences — all without delving into the world of apps and user interfaces, what we call ‘appless experiences’. Imagine traveling to a city for the first time and being guided around by a local within the digital layer, an interaction most would never experience. We could also imagine reliving events — from public concerts to personal moments like proposals — right in the location that they happened, long after they have passed.

More connected to humans than technology

Then there are the devices themselves — currently emotionless inhuman plastic boxes, as one might expect from early iterations of emerging technologies. What could they be in a few years’ time? Considering the potential place these devices will have in our lives, they are in desperate need of a shift from tech experiment to something that’s familiar, warm, and more connected to the human than technology. Simply thinking of the technology as a ‘soft-goods’ object — instead of a hard plastic box strapped awkwardly to our bodies — would be a step in the right direction. We could imagine this to be a beanie, a scarf, or any other soft and familiar wearable. 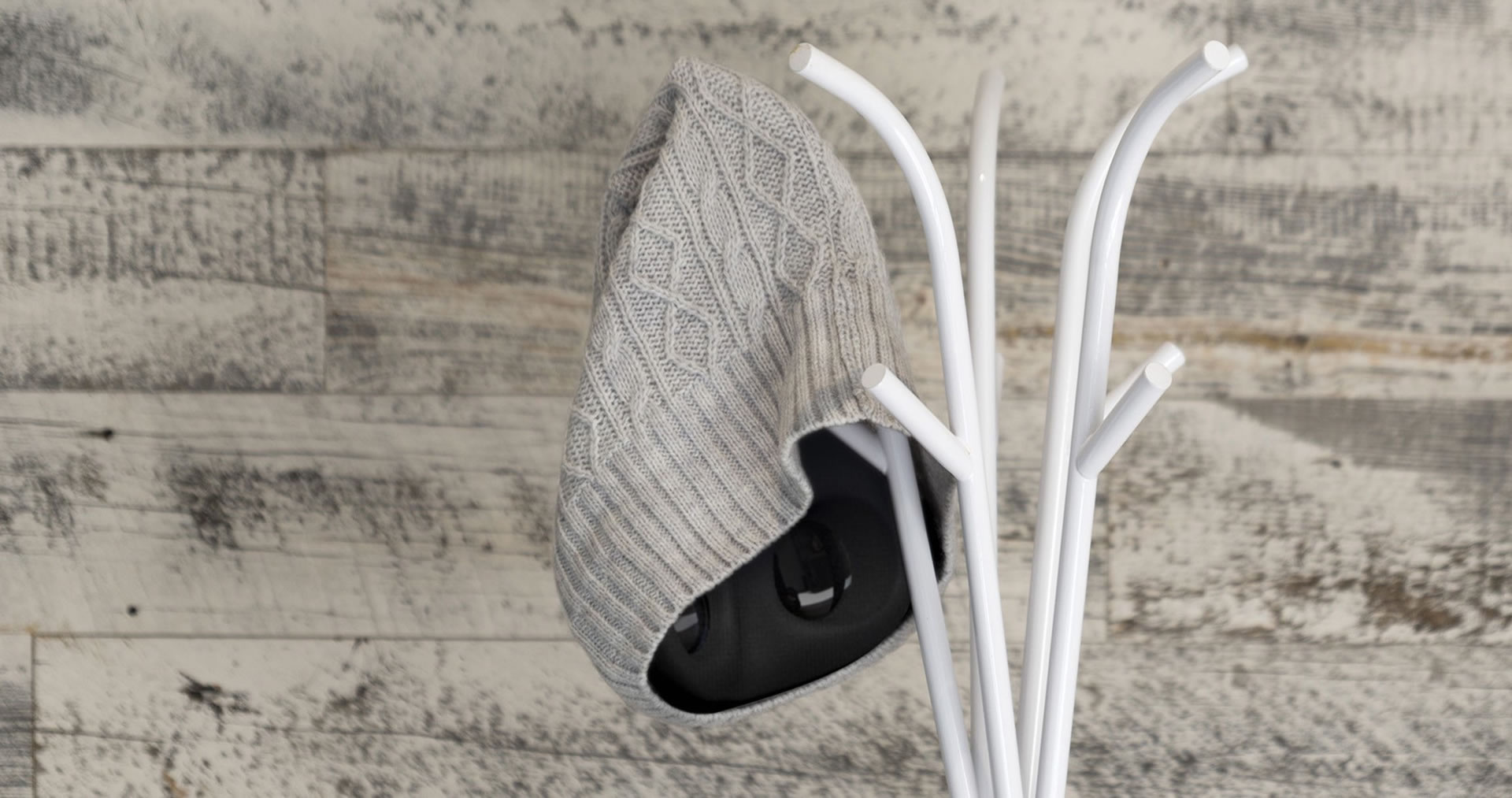 We also need to look at how these devices would actually be used, where they would be used, and why. If the future of VR borrows the habits we have established with our mobile devices, perhaps a majority of VR use is done as short bursts of consumption; this would ask for a device that is quick to deploy and easy to put away, without needing to be tethered to your phone or even a computer. Perhaps thinking of this an object as more of a portable device is more meaningful; something that’s allowed to develop a patina, a personality, and an emotional significance for its owner; something more akin to a Zippo lighter or an Altoids tin than some sleek technological contraption. This approach could allow these devices to gain more social acceptance as they begin to be used in public, not just through the familiarity of the form, but also by removing the perception that you are trying to cut yourself off from the world. 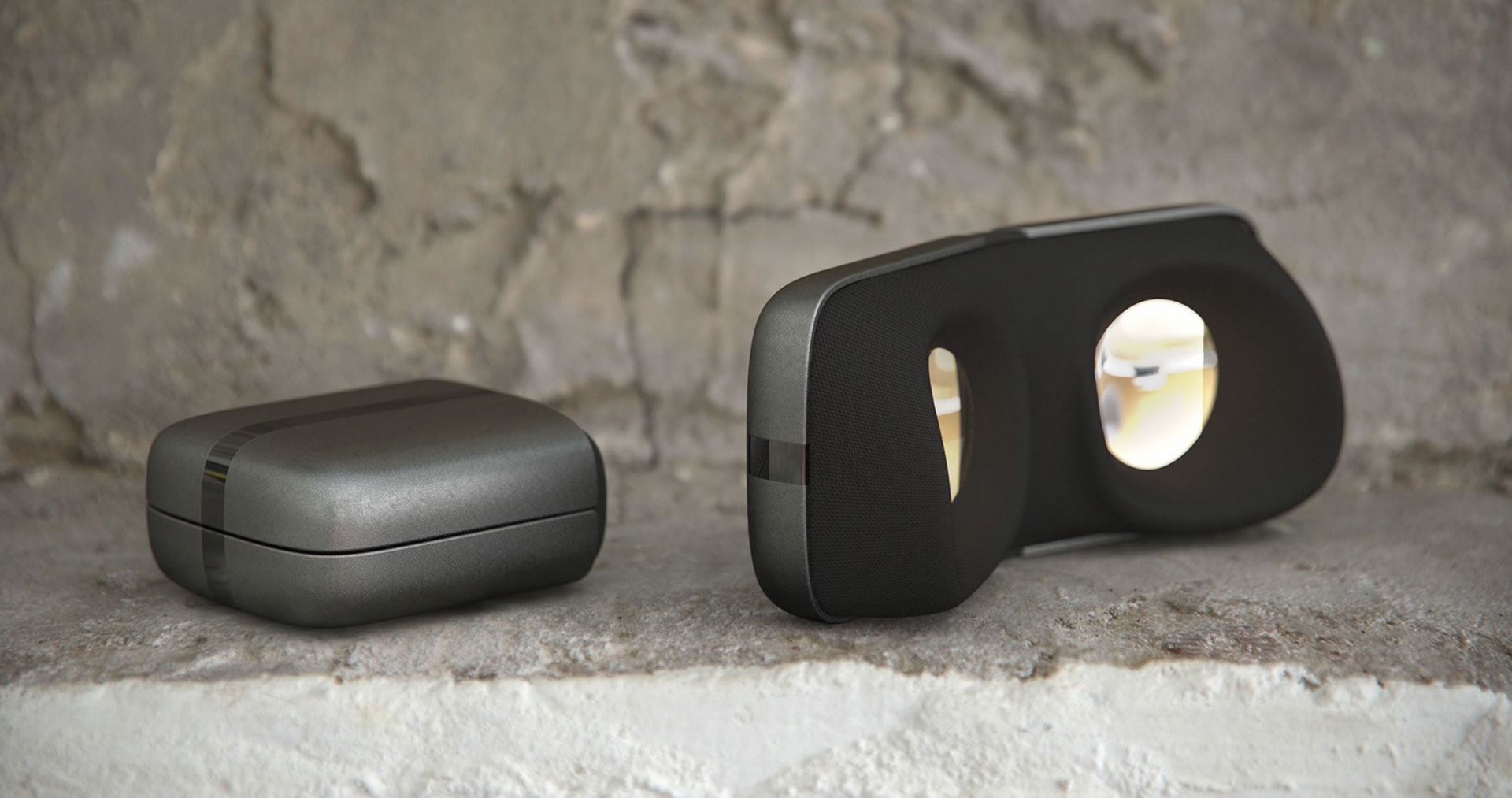 With a new type of content to capture also comes a need for a new type of capture device. Once we can capture quality 3D imagery of a space in time, gone is the need for composition of images. Imagine simply having a bracelet and holding your arm up whenever you wanted to capture your surroundings. This isn’t to say that these capture devices will or even should become wearables, but rather that we can create “post technological” solutions that are more human, both in the devices themselves and the content it captures. We perceive the world in a specific way, and if these devices can perceive the world in the same way, our emotional connection with the content and the creators of that content will be amplified in ways we’ve never imagined. 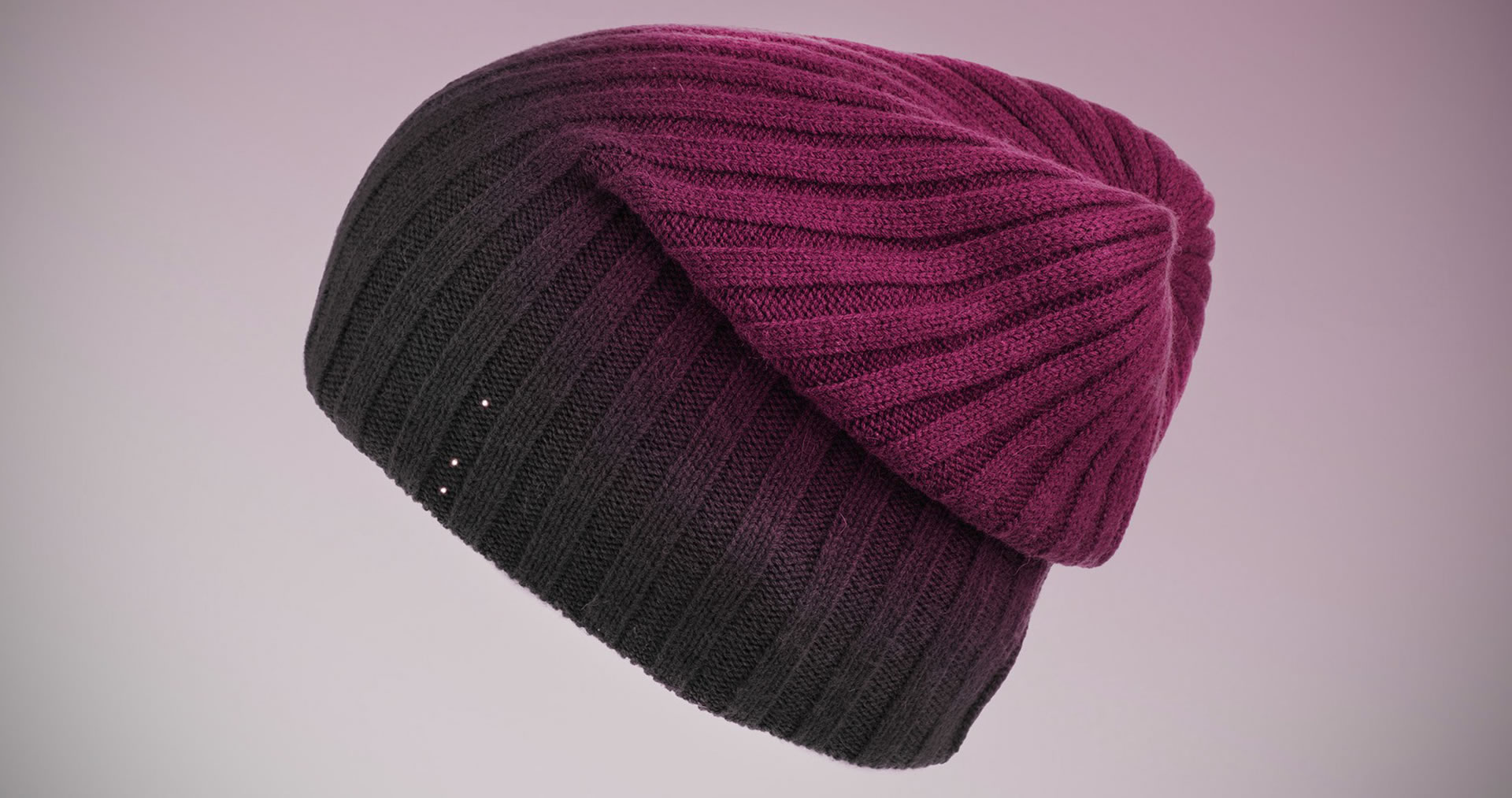 We are defining this world right now. We need to understand it from not just a technological level, but from a human level. This technology will forever change our perception of the world, it will be another fundamental shift in social interaction. Getting started in the right direction is imperative for our future. But how do we know what the right direction is?
Designing simple, powerful creative tools to interact with the world on this new layer, we can naturally explore our new dimension, and better understand what to do with it and the role it plays in our lives. By starting with the inherently human, with what is common to us all, we can take this organically evolving interactive world and allow it to inform and shape the technology, not the other way around. 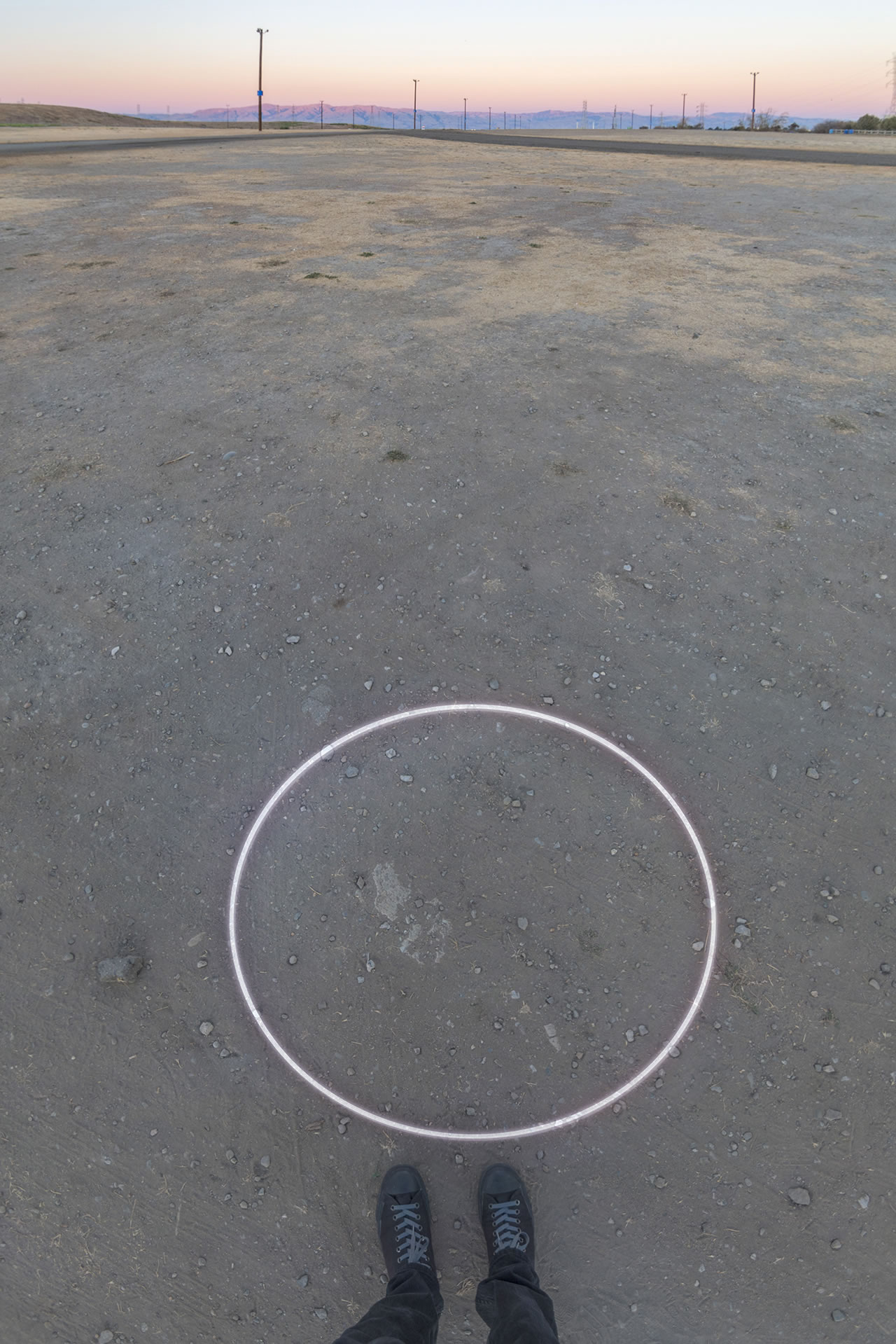